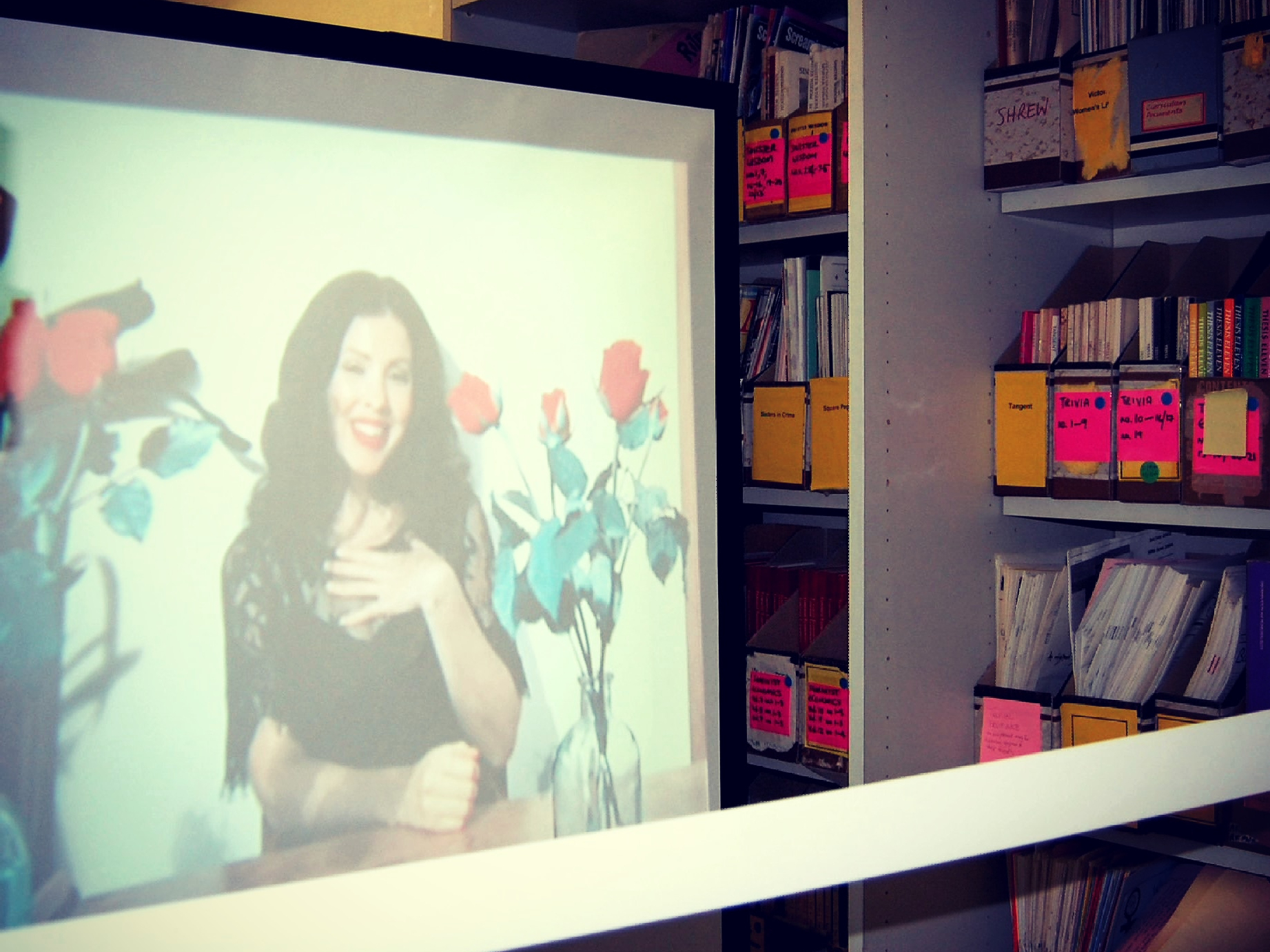 > > > Register here for the Film Club so we can send you details.

Ten-year-old Dujuan is a child-healer, a good hunter and speaks three languages. As he shares his wisdom of history and the complex world around him we see his spark and intelligence. Yet Dujuan is ‘failing’ in school and facing increasing scrutiny from welfare and the police. As he travels perilously close to incarceration, his family fight to give him a strong Arrernte education alongside his western education lest he becomes another statistic.

Watch the film on the ABC

Building trust and willingness with subjects – leading them to open up to the camera and reflect on their lives and circumstances – is the great unseen art of the documentarian. Almost always the more a film-maker succeeds, the more transparent and effortless the result appears. In My Blood It Runs is Newell’s best film yet. (Guardian review)

Read more in The Guardian review.

Andrea Arnold’s raw and gritty take on Emily Brontë’s classic novel, about a poor boy of unknown origins rescued from poverty and taken in by the Earnshaw family. There, he develops an intense relationship with his young foster sister, Cathy. Theirs is a passionate tale of elemental love that creates a storm of vengeance.

Watch the film on SBS on Demand

… the film proves bleak and blistering in both tone and theme, complemented by stunning aesthetic choices that capture the cruelty and callousness of the couple’s every move. (Screen Hub review)

Reviews in One Room with a View and Screen Hub

See What You Made Me Do on SBS On Demand, a three-part documentary series presented by investigative journalist Jess Hill (inspired by her 2020 Stella Prize winning book of the same name) and directed by Tosca Looby.

“Millions of Australians have been subjected to domestic abuse and coercive control. The time to confront it is now,” says Jess Hill. “Domestic abuse is a corrosive force undermining the fabric of our society, and causes immeasurable harm to individuals and families. It is still badly misunderstood, and our systems – police, courts, family law – are still a long way from being reliably protective. In fact, too often, they further enable the perpetrator and perpetuate the abuse. With this SBS series, we hope to kickstart more difficult and honest conversations – in our households, police stations and parliaments. See What You Made Me Do is paradigm-changing television.”

You can read more in the article which also includes a trailer.

Amma Asante’s Belle (2013), on SBS On Demand. This is the story of Dido Elizabeth Belle, born in 1761, the daughter of Admiral Sir John Lindsay and an African slave. Belle was raised by her aristocratic great-uncle (Sir John Lindsay’s uncle) Lord Mansfield and his wife, at a time when the British empire’s economy depended on the slave trade. In the late 1700s, there were about 15,000 black people in London (population approx. 750,000) though very few were free citizens.

“The relative absence of known facts about Dido Elizabeth Belle gave screenwriter Misan Sagay considerable artistic license in framing the young woman’s story within the broader historical context of a slave-centered economy slowly entering its death throes. It is 1769 when young Dido (Lauren Julien-Box), the illegitimate daughter of Capt. Sir John Lindsay (Matthew Goode) and an African slave, is sent to live with her aristocratic great-uncle, Lord Mansfield (Tom Wilkinson) […] (You can read the rest of this review here).

For background, see this interview with the Director and this one with the Writer.

We will start 2021 with Greta Gerwig in Maggie’s Plan (2015) on SBS On Demand, a fun romantic comedy by seasoned film-maker Rebecca Miller.

A young womans decision to take control of her destiny and her fertility backfires when she falls in (and out of) love with a married man. Theres something of the Jane Austen heroine in manipulative but well-meaning Maggie (Greta Gerwig): shes Emma transposed to the age of turkey basters and sperm donors. A refreshingly complex and even somewhat unlikable character, she is presented without judgment. …Rebecca Millers wry, intellectually agile drama is the most overtly comic of her films so far.

The film runs for 1 hour, 35 minutes, plus ads. Please watch the film any time before the meetup on Sunday 24 January.
Read more about the film on the Maggie’s Plan official site.

Film runs for 1 hour, 35 minutes, including 4 ad-breaks of a minute or so each.
Turkish with English subtitles.

From a review by Rachel Cookes: The extraordinary Mustang is set in rural Turkey. It tells the story of five orphaned sisters, who live with their grandmother in a large and remote house. The family is not poor, but it is conservative, and when the girls are seen by neighbours splashing around in the sea on the shoulders of a group of local boys the gossip is that they have been pleasuring themselves on the boys and an uncle steps in, telling his mother (the girls’ grandmother) that things must change. The family’s respectability is at stake.

We are meeting in person at The Womens Library. There is a limit on numbers due to the COVID-19 restrictions.

Film runs for 1 hour, 41 minutes + 30-60 minutes for a chat after the film.
From a review by Manohla Dargis: That voice, purring or in full roar, anchors What Happened, Miss Simone?, which traces Simone’s life from her early childhood as a piano prodigy named Eunice Waymon to her troubled years mentally, physically, spiritually and finally her later return to glory. Ms. Garbus draws heavily on Simone’s personal history family photos, diary entries which she pieces together with generic archival images, news reports, concert footage, talking-head interviews and some needless dramatizations of a girl walking or at the piano. The clips of the real Simone singing and playing are flat-out wonderful. These span the entertainment gamut and include a somewhat surreal scene of her singing I Loves You Porgy on Hugh Hefner’s early-1960s television show, Playboys Penthouse, to a room filled with mostly white people in evening dress. As her fame grew, so did her social circle and civil rights activism.

Her metamorphosis culturally and politically features a glittering cast of figures: James Baldwin, Langston Hughes, Lorraine Hansberry, among others, and makes for thrilling viewing. There’s a short clip of her singing Mississippi Goddam to Selma Marchers in 1965; I’m pretty sure that’s Coretta Scott King watching in the lower right corner of the frame. For Simone, these were profound, life-and-soul-changing times. I don’t mind going without food or sleep as long as I am doing something worthwhile to me such as this, she wrote in her diary.

——
If you’re unable to attend the film screening above or you’d like a film to watch at home, then check out this great Australian documentary, which you can watch for free on ABC iView.

Defiant Lives is the previously untold story of how the disability rights movement in the United States, Britain, and Australia literally changed the world we live in. The film features interviews with more than 30 of the leading activists of the past 40 years, plus more than 600 pieces of archival footage and photographs sourced from around the globe. The story is supported by a stirring soundtrack, which strongly places the audience emotionally at the heart of the action.

There will be no Zoom chat for the fortnight 9 – 22 November.

From Sheila O’Malley’s review: In this universe, looking at your best friend is like looking into a mirror that distorts, turning you back on yourself. This distortion doesnt have to do with competition for male attention or acting jobs. What it has to do with is power. Even mentioning female power on Twitter is enough to get you death threats these days, which shows the resistance to the idea in general. Takal has supersonic hearing when it comes to this whirlpool of emotions and resistance. Why can’t both women be powerful? Or is only one allowed to rise because God forbid there are two powerful women running amok like a Robert Crumb comic on steroids? What would happen if both women lived in a world where female power was a given? What would that even look like? And most importantly why, why is that so scary? Always Shine is an immersive nightmare of merging, over-identification, and projection. Its strangeness (and I yearned for more strangeness) is part of the fascination. The true horror here is emotional. These women feel pressure to be one and have an equal desire to shatter the illusion of one-ness forever.

Our final film and meeting for the year
Sunday 20 December, discussion starts at 6:00pm

From the NY Times review: Catherine Corsini’s Summertime, with the clarity of hindsight and a deep reservoir of empathy, examines the commingling [sic] of the personal and the political from a fresh angle. This is a film about the struggle for sexual freedom and women’s rights, and also about the power of region, class and custom in the lives of its characters. Carole, a professor of Spanish literature and a political activist, is part of a feminist group organizing for equal pay, abortion rights and access to contraception. Delphine, who is younger and less worldly like someone in a 19th-century novel, she has come to the capital from the countryside is intrigued by the group’s militant energy, but mostly she is drawn to Carole. They fall in love and experience a giddy burst of liberation and romantic bliss that is complicated when Delphine is called home by a family emergency.

For more great films you can watch at home, see our previous schedule.