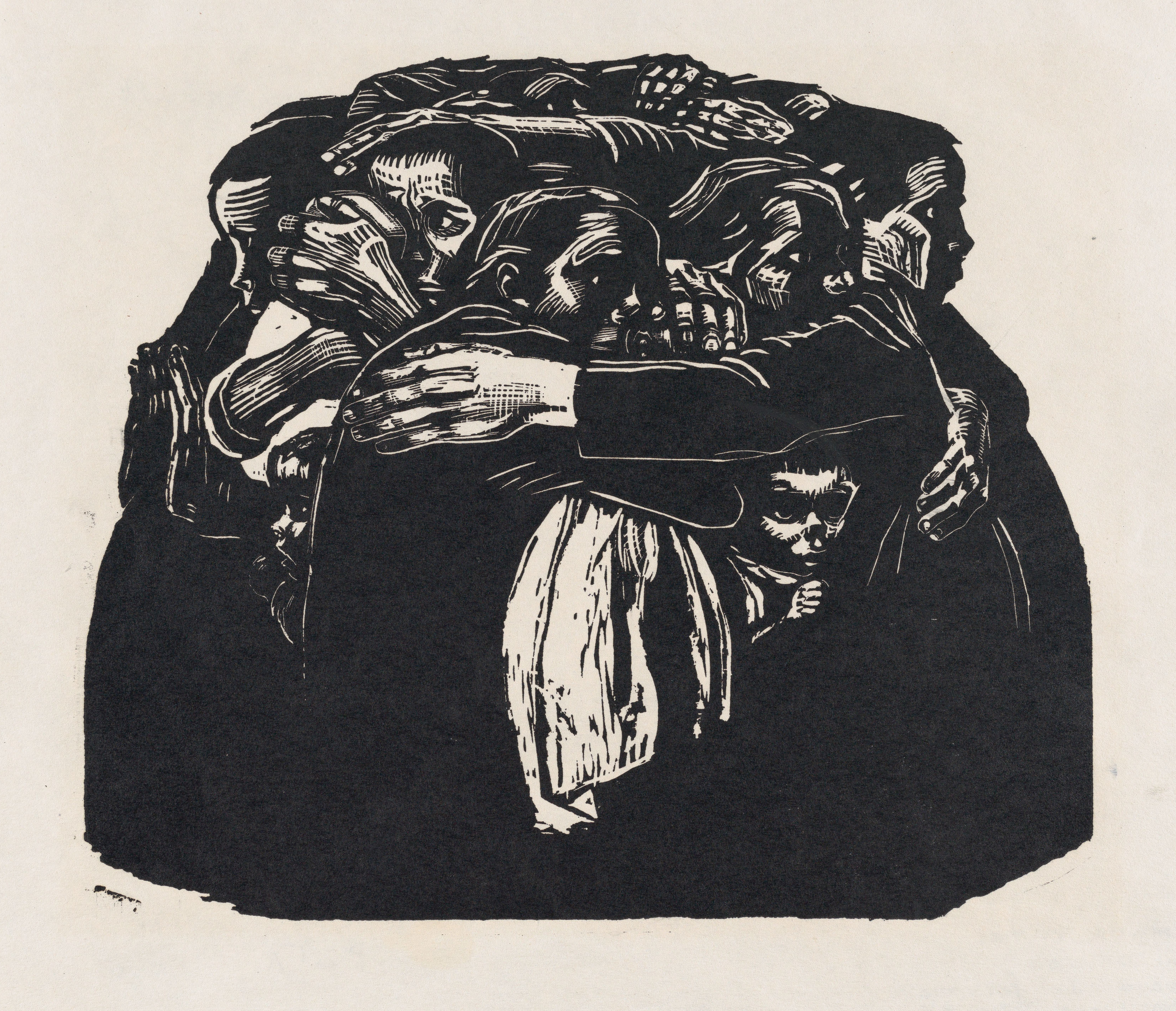 Collection
by The Women's Library

When racism and sexism are no longer fashionable what will your art (book) collection be worth?

In Johann Zoffany’s group portrait depicting the members of the newly founded Royal Academy, aptly titled The Academicians of the Royal Academy (1771-72) the only two female members – wow! there were two? – appeared not in league beside their male counterparts but as mere busts on the wall. Behind the men. This is an all too familiar feeling when it comes to art history … finding that one has to continually look behind, around and underneath the wall of male “history of art” in order to locate the Women.

At The Women’s Library in Newtown, the art section is only about Women who are artists or artists who just happen to be Women – or however you want to term it.

If you’re seeking the illustrious words of feminist art pioneers such as Lucy Lippard and Whitney Chadwick; or the only copy of Mary Kelly’s Post-Partum Document that is checked out at your university library; or perhaps you just wish to learn a little more about Women in art, look no further — your ship has arrived.

It’s heartening to know that there are actual physical books in existence that are solely about feminine art practice and theory. It wasn’t until pioneers in art theory and history (herstory?) such as Whitney Chadwick brought to light female artists who were very much a part of modernist art movements such as Surrealism and Abstract Expressionism. Most people can name countless male artists from Cubism but how many Women can you name? It’s not your fault if it’s difficult to name more than one or two. Due to a lack of research, archival documentation and interest the documented history of Women in art is sparse.

At art school not one person advised me to read Whitney Chadwick. I hadn’t even heard of Chadwick until much much later when I read her research on the Women of the Surrealist Movement – Women Artists and the Surrealist Movement (1985) and her later work The Militant Muse: Love, War and the Women of Surrealism (2017). You’re asking who is Whitney Chadwick? Why should I read her? Well I’ll tell you!

Not only is she an art historian at San Francisco State University (Women in academia!) but she is the acclaimed author of Women Art and Society (1990) which is the seminal study examining the place of Women in the history of Western art, whilst simultaneously challenging the “assumption that great Women artists are exceptions to the rule who ‘transcended’ their sex to produce major works of art (Thames & Hudson, 1990).

See what I mean?

We have a first edition of this book in the library, in our small but solid art and theory section. If you’re an artist, gender studies student or just interested in the World of Art by Women this is an excellent resource to begin that journey. There are familiar faces such as the Guerrilla Girls, Barbara Kruger and Cindy Sherman hailing from the female art revolution of the 1970s to artists of Impressionism, Abstraction and Cubist movements experimenting with form and dynamism. Here’s a few: Gabriele Münter, Sonia Delaunay and Natalia Goncharova. Oh and wait! Leonora Carrington, Leonor Fini and Frida Kahlo!

This book is a one-stop-shop for Women’s art history and theory. A collection of essays that propose and answers critical questions about the socio-political and political methodologies of feminism in art, it examines the relationship between craft and the fine art traditions of Women and the systematic exclusion of Women’s art in the mainstream. No wonder this is the number one textbook for art history students, although I have to wonder why my art school failed to put it on their reading list.

Another exemplary book in the collection is Mary Kelly’s Post Partum Document, (1983). Post Partum Document is the archive of Kelly’s most well-known work, the 6 year documentation of the birth and early development of her son which began in 1975. The examination of this relationship reveals aspects of her work to be a direct product of daily experience and the Affects upon her in the dual roles of both mother, artist and woman.

Lucy Lippard comments in her introduction to this book that

…Art making of any kind is a means of asserting the artist’s existence.

It could then be said that through this work Kelly is asserting herself as an artist, as a mother and a feminist by continually reaching back and forth across a gulf that divides motherhood, feminism, capitalism, and in particular, patriarchal values.

Once you’ve read this, I recommend a perusal of From the Centre (1983) Lucy Lippard, the celebrated American art critic, curator and historian. In this text Lippard describes her “process of consciousness” in becoming a feminist. Lippard is a particularly good example of Women within the art world who have actively campaigned for change by solely exhibiting the work of Women, not only established artists but relatively unknown female artists. She observes:

That it has been easy for her to put together strong shows of mature Women who have never had major exhibits but that it would be harder to find an equally good group of unshown men.

She also makes a point which is still valid today about Women artists who have fallen by the wayside through a lack of encouragement or direct discouragement, brought about by attitudes in schools, museums and galleries. Google Natty Solo’s opinion about male domination in the museum if you’re interested.

If you’re not so much looking for art theory but inspiration, or a resource by which to guide you or to spur you on in your thinking or art practice, a number of handmade historical documents about local artists and art students from Sydney art schools are available. As well, there are local lesbian and feminist publications and graphic novels which date mainly from the late 1980s into the mid 1990s — these are amazing glimpses of local history and quite fascinating to peruse.

Another book of note is The Women’s Picture Book: 25 Women Artist from Aotearoa (1988) which features the work of both Maori and Pakeha Women artists such as Marilynn Webb and author Keri Hulme (The Bone People, 1983) who had a connection with the Women’s Gallery in Wellington (1980-1984). The Women’s Gallery sought to create a Women’s space in a Women’s environment to redefine the female experience away from the male experience and the male defined female experience through female inclusion and positive encouragement. This book is a very strong pictorial archive of Women artists working in 1980s New Zealand.

I’ll leave you with this apt excerpt from The Women’s Gallery manifesto:

We lack a positive tradition to encourage and confirm us in what we see…
This means we need to withdraw and gain confirmation from each other before we are ready to announce our insights to the ‘outside world’, i.e. our culture, which, despite the changes that have taken place, is still undoubtedly male dominated.

What next? Well, that’s up to you! Come by and check out the veritable treasure trove of Women in art at The Women’s Library.

F is for Feminism