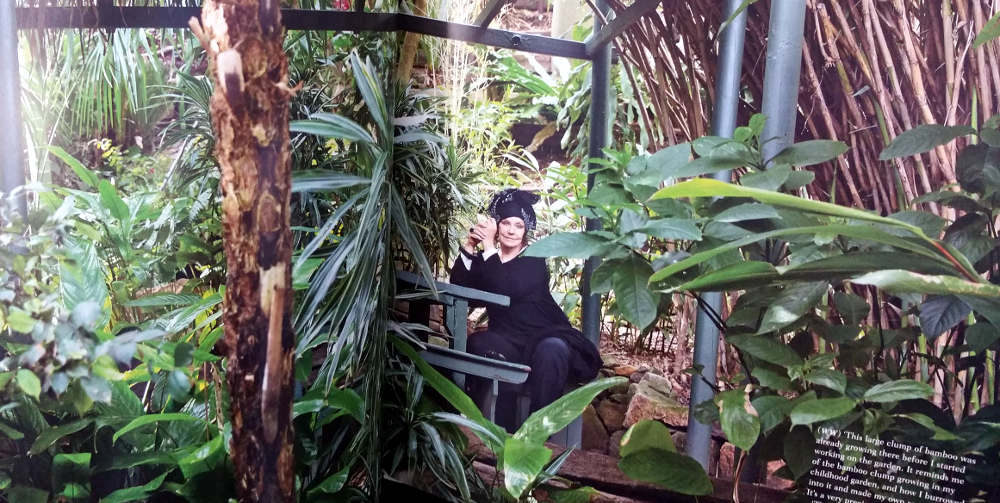 Many Sydneysiders know the story of Wendy Whiteley’s Secret Garden at Lavendar Bay; how she, later assisted by her two gardeners and a band of volunteers, carved a living painting out of waste land on the edge of Sydney Harbour. The land belonged to the Railways, but wasn’t maintained by them, and Wendy painstakingly, laboriously, reversed the decay and created a living, breathing place of beauty, to help her deal with grief and loss. Thanks to her perseverance and generosity, the garden is open to the public and enjoyed every day by locals and guests of the city.

Like Wendy Whiteley’s garden, The Women’s Library in Newtown has been lovingly created by women with vision and a band of volunteers, for the benefit of Sydneysiders and their guests. Recently we were given a copy of Wendy Whiteley and the Secret Garden by Janet Hawley (published by Penguin) and this book is now in the collection. As one of the few publications that you cannot borrow, this lavish book is always available at the library, so come and visit another of Sydney’s other well kept secrets, curl up on a couch, and browse your way through Wendy Whiteley’s fascinating story

Short article in At Home in North Sydney

Article by Nancy Groves in The Guardian

Image above is a scanned page from the book, Wendy Whiteley and the Secret Garden by Janet Hawley. Photography in the book is by Jason Busch.