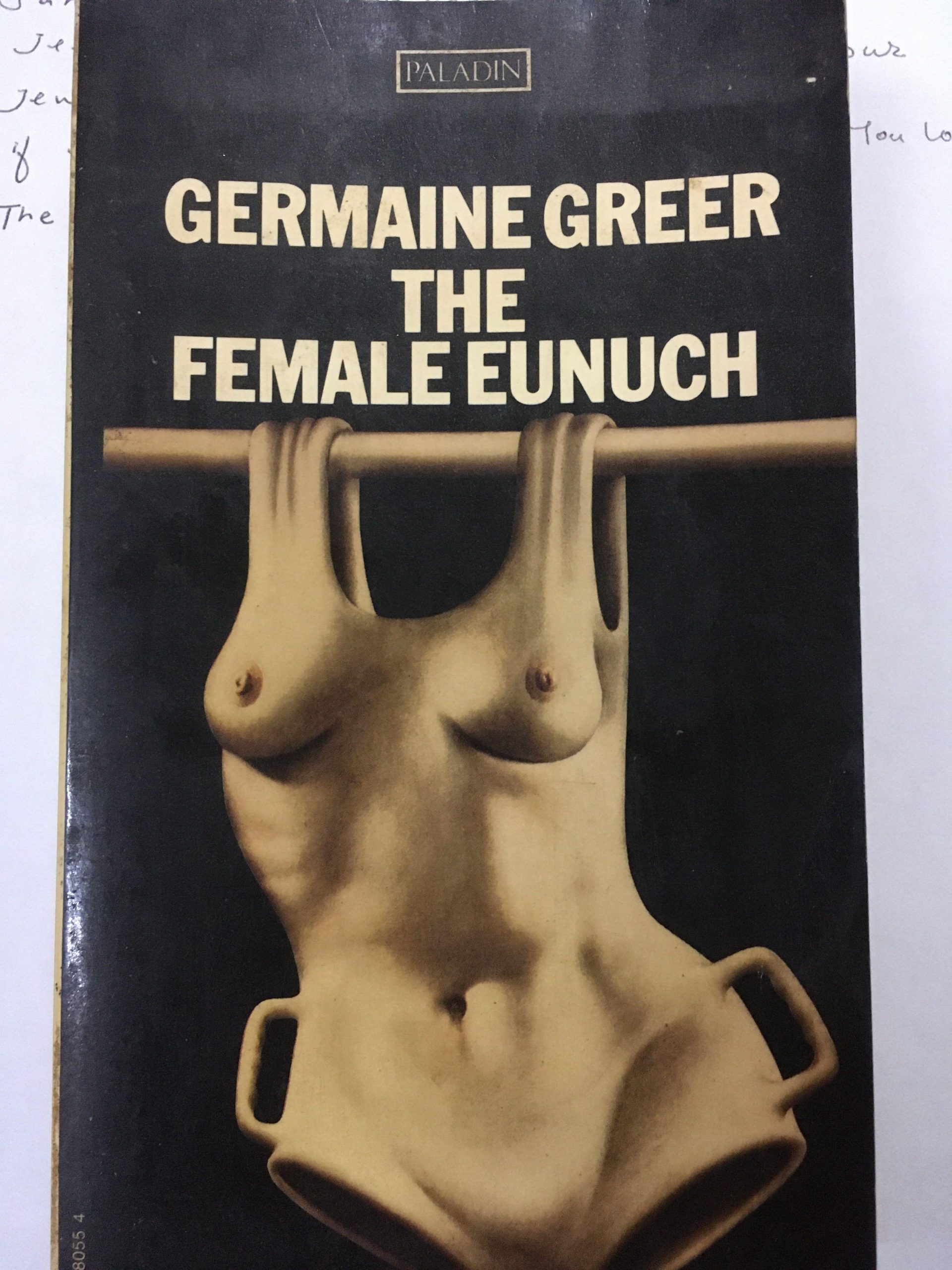 The Female Eunuch in Our Time

—-
> > Register here for the Book Club so we can send you details about how to join the sessions.
—-

…a few years ago, the strength of “The Female Eunuch” wasn’t really in its thinking. What was best about the book was its ethic of adventure and courage, of a zest for taking on the world. Her challenge to women who called themselves emancipated— “consider the idea of tasting your own menstrual blood”—didn’t really mean anything, but it was thrilling just to know that somebody had travelled that far out into the territory of acceptable female behaviour and planted her flag there. It created more room for the rest of us.

How has The Female Eunuch fared over the five decades since its release in 1970? Do Greer’s ideas still hold water in today’s feminism or has her radicalism caused irreparable damage? How do you read The Female Eunuch in today’s political climate? Has its relevance faded or have her early insights come full circle as we in Australia as well as abroad, embark on our own various “Me Too” moments in federal politics, the music industry and those still yet to come?

Here’s a link to a PDF Version of the text.

Rachel Cusk in The Guardian | Feminists talking about feminists Greer’s influence | A though provoking article on Kill Your Darlings | A rememberence of “that wonderful girl” in the Salon | Australian authors discussing Germaine’s legacy.