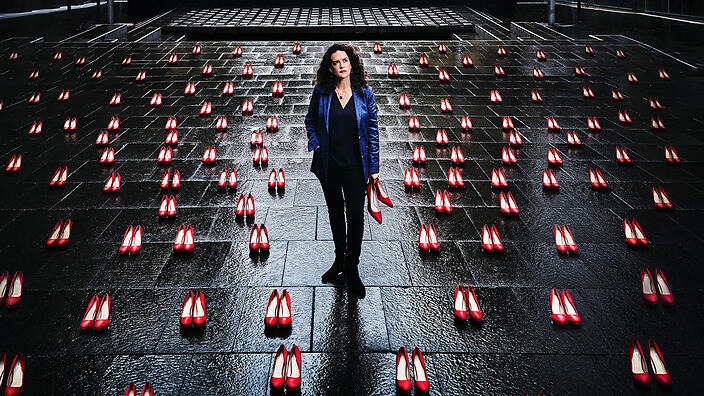 We need to talk about films, or more specifically films made by women. And where better to do that than at The Women’s Library’s fortnightly virtual meetup celebrating women filmmakers.

The next film we’re watching is See What You Made Me Do on SBS On Demand, a three-part documentary series presented by investigative journalist Jess Hill (inspired by her 2020 Stella Prize winning book of the same name) and directed by Tosca Looby.

Watch the series (or part of it) any time and join us on Zoom on Sunday 30th May at 6pm to chat about it. Sign up here if you are not already a member of the film club, so that we can send you the Zoom details.

“Millions of Australians have been subjected to domestic abuse and coercive control. The time to confront it is now,” says Jess Hill. “Domestic abuse is a corrosive force undermining the fabric of our society, and causes immeasurable harm to individuals and families. It is still badly misunderstood, and our systems – police, courts, family law – are still a long way from being reliably protective. In fact, too often, they further enable the perpetrator and perpetuate the abuse. With this SBS series, we hope to kickstart more difficult and honest conversations – in our households, police stations and parliaments. See What You Made Me Do is paradigm-changing television.”

Giving a voice to the traumatised families left behind, See What You Made Me Do interviews the parents of Brisbane mother Hannah Clarke and the family of Melbourne mother Katie Haley. We will also meet long-term activist Phil Cleary, whose sister was murdered by an ex-partner, and one episode will explore the question that Jess has so often been asked in the seven years she has investigated domestic abuse – Why doesn’t she just leave? The story of Tamica Mullaley and her son will leave you wondering how their names aren’t indelibly stamped on our national conscience.

Over two years in the making, series producer and director Tosca Looby says, “we wanted the series to be bold and unflinching. It was imperative that we unlock the gates, open the doors and pull up the blinds where abuse hides. We hope this series encourages a national conversation and bold political action, creating an impact which resonates long beyond broadcast.”

You can read more in the article which also includes a trailer.